I’m glad to see this piece in the New York Times, addressing the slight hypocrisy of news orgs “exposing” the proliferation of tracking cookies and surveillance-powered advertising around the web. Carnegie Mellon’s Timothy Libert writes:

News sites often expose users to the same surveillance programs and data-collection companies they criticize. Even articles that explained how the N.S.A. was using Google cookies to “pinpoint targets for hacking” often included the exact same cookies revealed by Edward Snowden. Likewise, articles about Facebook and Cambridge Analytica often include Facebook tracking code, allowing Facebook to keep tabs on what people read.

He goes on to show some positive effects the recent implementation of GDPR has had on European consumers. (An ordeal so painful some US news websites have opted to simply block all European traffic).

It’s also well worth checking out the other pieces in the NYT’s Privacy Project. 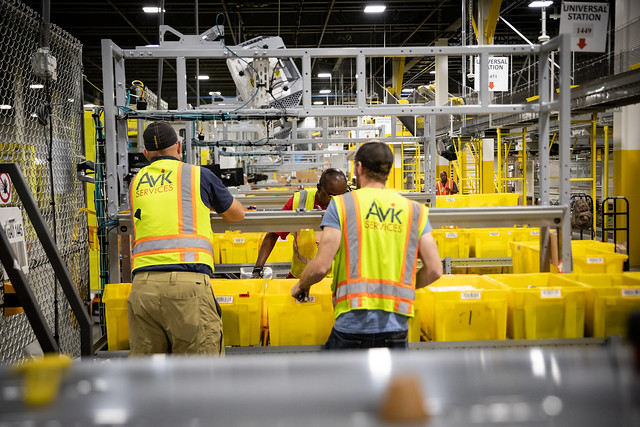 Make no mistake, this story, in the WSJ, is a blockbuster:

Late last year, these people said, Amazon optimized the secret algorithm that ranks listings so that instead of showing customers mainly the most-relevant and best-selling listings when they search—as it had for more than a decade—the site also gives a boost to items that are more profitable for the company.

Amazon’s position so far has been that it doesn’t alter search results products for anything other than relevance, price and popularity. Now, according to the WSJ at least, there’s another factor: profitability for Amazon.

This report casts doubt on that – and is extremely bad news as the firm looks to fend off reports it abuses its dominant position to push its own interests, whether by promoting its own brand products or bumping up products from others that make it the most money.

“Amazon designs its shopping and discovery experience to feature the products customers will want, regardless of whether they are our own brands or products offered by our selling partners.”

“That’s not the use of the sidewalks,” she said. “We can go and document them. If they don’t remove them immediately, we’ll send a crew to remove them and charge them.” Gordon added, “Our sidewalks are not to be used for commercial billboards. Twitter has the resources to use appropriate venues to advertise their company.”

Here’s how they look:

To be clear – it’s chalk, not spray paint. But still, some of the placements – in the highly-troubled Tendorloin district, where the city’s high levels of homelessness are most apparent – are being seen as lacking in taste.

It reminds me of the time AirBnB was so annoyed about – god forbid – paying its taxes, it posted these passive-aggressive (or maybe just aggressive) ads around town: 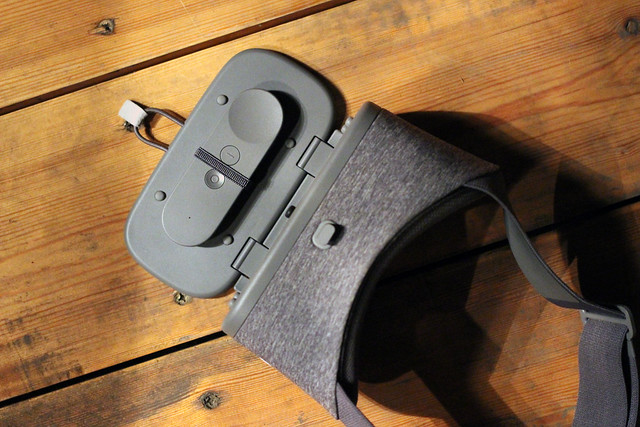 It can’t be a good sign when the first bit of news I’ve heard about Daydream in months is that a major US streaming platform is pulling support.

Recently, we’ve made ranking updates and published changes to our search rater guidelines to help us better recognize original reporting, surface it more prominently in Search and ensure it stays there longer. This means readers interested in the latest news can find the story that started it all, and publishers can benefit from having their original reporting more widely seen.

That’s terrific news for the outlets offering original reporting from their journalists.

Huawei founder and chief executive Ren Zhengfei held a “two hour” interview with the Economist on Tuesday. In it, he shared the firm’s strategy to get its 5G tech out there: selling it to a western buyer. Per the piece:

For a one-time fee, a transaction would give the buyer perpetual access to Huawei’s existing 5G patents, licences, code, technical blueprints and production know-how. The acquirer could modify the source code, meaning that neither Huawei nor the Chinese government would have even hypothetical control of any telecoms infrastructure built using equipment produced by the new company. Huawei would likewise be free to develop its technology in whatever direction it pleases.

Smart? It’s certainly something I can imagine would appeal to those countries worried that pulling away from using Huawei is going to set their 5G ambitions back years.

Mr Ren seemed to have had a similar chat with the New York Times’ Thomas Friedman. In his piece, Friedman expresses the growing sense of frustration among some technologists over the lack of (public) evidence to back up the claims that Huawei is not to be trusted. Friedman writes:

Microsoft President Brad Smith told Bloomberg Businessweek on Monday that when his company presses regulators to explain their Huawei ban, “oftentimes, what we get in response is, ‘Well, if you knew what we knew, you would agree with us.’ And our answer is, ‘Great, show us what you know, so we can decide for ourselves. That’s the way this country works.’”

I have no idea who is telling the truth in this story. If Huawei really is a bad actor, let’s get the proof out there and blacklist the hell out of it. If it’s not so clear, the Trump team should at least explore Ren’s offer to see if there is a pathway for Huawei to assure American intelligence experts and demonstrate good behavior. Because Huawei is the tip of a huge iceberg.

Have a watch of her news package from the BBC News at Ten, where she spends the day on the campaign (?) trail with the Prime Minister.

Kuenssberg’s piece begins at 2:00, and starts with a bang:

The killer line: “Even his brother quit as a minister in government, to spend less time with his family.”

The San Francisco Ferry Building, a 120-year-old historic landmark, is about to get a serious makeover.

The most noticeable difference for locals will be the change in colour – or rather, the reverting of its colour back to how it used to look before the sandstone was damaged. Drew Gordon, senior vice president at Hudson Pacific Properties, explained the plans.

“He found a sandstone in Colusa County, which adorns the façade currently. The story gets really interesting. In the ‘70s, there was some damage on the building that had to be repaired,” Gordon said.

He said the owners at the time brought on a firm to make the repairs. When they applied the material to the building, it became discolored. The restoration work done to the building at that time is irreversible.

“Because sandstone is very porous, you could not reverse that action. The only way to adorn it was to paint it. The Port of San Francisco worked with local heritage groups. We found an old piece of the sandstone itself that had not been discolored.”

I love the Ferry Building, which is of course about a lot more than just ferries. Local businesses are able to have a space inside to cater to throngs of tourists and locals. Pleased to see it getting some love.

That’s a question that hangs over this piece from the Associated Press:

A design flaw in Tesla’s Autopilot semi-autonomous driving system and driver inattention combined to cause a Model S electric car to slam into a firetruck parked along a California freeway, a government investigation has found.

The National Transportation Safety Board determined that the driver was overly reliant on the system and that Autopilot’s design let him disengage from driving.

Elon Musk’s view on this is pretty clear: the feature is an assistance function, not a self-driving one (though he does promise it’ll be ‘full’ self-driving next year). I’ve used it, and he’s right — it only runs in limited circumstances, and if you keep your hands off the wheel, it’ll bleep at you and eventually disengage.

But here’s where Tesla’s responsibility gets a little less clear. First, the firm insists on misleadingly calling it Autopilot, and second, there is an argument—one I’ve heard from Google self-driving engineers in particular—that humans simply aren’t capable of snapping their brains into action when they need to take over. We’re just not built that way.

Tesla will point to many instances where drivers credit Autopilot—or just Tesla’s safety functions in general—with saving their life.

From the AP, here’s what the company says about the fatal accident near Culver City:

“Since this incident occurred, we have made updates to our system including adjusting the time intervals between hands-on warnings and the conditions under which they’re activated,” the statement said without further giving details.

9to5Mac has learned from sources inside Apple that the company is working on sleep tracking for the Apple Watch, which won’t require any special hardware to work. The new feature could be announced as early as next week when the company is expected to announce the next generation iPhones and possibly a revised Apple Watch with titanium and ceramic options.

Now, I’m not one to get into the whole “if Steve Jobs was still with us” cliche if I can help it, but sometimes it’s hard not to. There’s an obvious problem with using Apple Watch for sleep tracking, and Apple’s apparent solution is, on what we know so far, laughable:

One of the issues with wearing an Apple Watch during sleep is that many users choose to charge their Apple Watch at night. Apple thought about this and developed a feature that will remind users to charge their Watch beforehand so they can get through the night.

Elsewhere in the piece it mentions a function that would allow people who own two Apple Watches to designate one as the sleep tracker while they charge the other.

Battery life on Series 4 has been so good I think it finally makes sense to add this. https://t.co/8RJgJ2UUhV

I can understand this perspective – the Series 4 Apple Watch will last two days if for some reason you don’t charge it one night. But then, sleep tracking is only useful if you do it day in, day out – so I’m still not convinced.